The Yoshino River Council, which is a nonprofit organization consisting of businesses, groups and public entities, tries to enhance the attractiveness of Yoshino River. 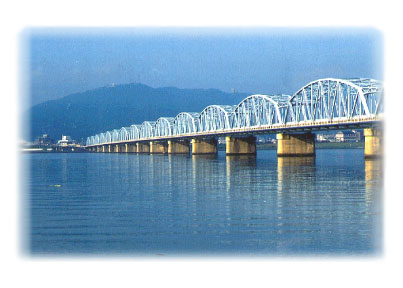 “Adoption Program” Spreads All Over Japan

The “Adoption Program”consists of citizens' groups and businesses that, in cooperation with local government, adopt areas of public land in their community for the purpose of its beautification.
This scheme has its roots in the “Adopt-A-Highway Program”, which began in 1985 in the American state of Texas. Here, out of concern for the local environment, volunteers adopted stretches of highway to clean. This program was a great success and it eventually spread to all 48 American states and also to other countries. In Japan, the spirit of this initiative was recognised by a citizens group from the township of Kamiyama, in the mountains of Tokushima Prefecture. The efforts of this group brought about the formation of the "Yoshino River Adoption Program" in 1999, which sought to beautify and preserve the local Yoshino River by having volunteers adopt stretches of the river to clean and maintain. The popularity of the Tokushima scheme soon spread to many other regions in Japan. The “Yoshino River Adoption Program” has become a “living classroom” for children to learn about environmental issues and the importance of nature, while providing the strength and cooperation needed to protect our precious water resources.